“The truth has not so much set us free as it has ripped away a carefully constructed facade, leaving us naked to begin again.”  ― Lisa Unger

And he told me exactly what I needed to hear.

In a perfect world, what I need to hear would be what I want to hear. If the world were a bed of roses, this would be a fairy tale, where the princess meets the prince and live happily ever after. But the world has its cracks, wobbles and bumps just like anything else that is honest and real.

A lot of minor details combined that led me thinking I can never seriously fall for you.

It took me a while to realise I am not the victim.  He is not the villain. There are red flags, but I ignore them at let my emotions take a backseat for a simple conversations between him and me. I choose to let him take me on a rollercoaster ride; to feel happy when we connected, to be brave when we didn’t. I let myself define my own happiness partly based on his reactions.

But, I choose to do all these things.

I choose to be vulnerable, even when I know there is no happy ending.

I have never been in love before. Needless to say, I have never been in a relationship before. I always have this naïve idea about what love is supposed to be; simple and comfortable yet exhilarating at the same time. I would know when the right guy comes along by the tingling feeling when I am around him and by the thumping of my heart as loud as though it would explode. I would feel good about myself and The One. I would finally be able to accept that I mean the world to someone, The One, and how The One can mean so much to me. We will go through thick and thin together, for love will always find a way.

I know what love is supposed to be. But I don’t know what it feels like to be in love.

“We accept the love we think we deserve.”
― Stephen Chbosky, The Perks of Being a Wallflower

All I know is that he is different. He doesn’t feel like The One, but he held a special torch in my heart. So when he asked the Question, I did not give him the Answer. I can’t definitely say yes, because I wasn’t sure. And there was a ringing bell in my ears that hushed me into my own doubt. That, and because, I was afraid.  Instead, I do what I do best; I avoided the Question with a rhetorical question. And everything went downhill from then.

I’ll be honest: Even though the wounds are fresh, there are nights that I lie awake wondering what ifs. Would the result be different if I had been honest from the beginning, the very beginning? Would anything be different if he had not misunderstood that I pretended to not get his hint that fateful summer? Would we be any different, or are we better off this way? But there are some nights that I am glad this rollercoaster ride is over, because a part of me believes that this would never work.

That part of me constantly shoots the nagging question: Is this the karma I deserve? For every guy I said no to. For every wrong decision I make. For every guy I unintentionally string along. For every hurtful words that slip out of my mouth.

As much as I believe in fate and karma, I also believe that we have the power to take charge of our own lives.  Life is a series of choices; our actions and decisions are our own responsibilities and will pave our future. A right decision can lead to satisfaction and success but a wrong decision can lead us astray. And then there’s the choice to let it stump us or be a lesson well learnt.

We have been dancing around this topic for too long and it’s time to lay all the chips on the table.

So, I made a choice to hear what he had to say. 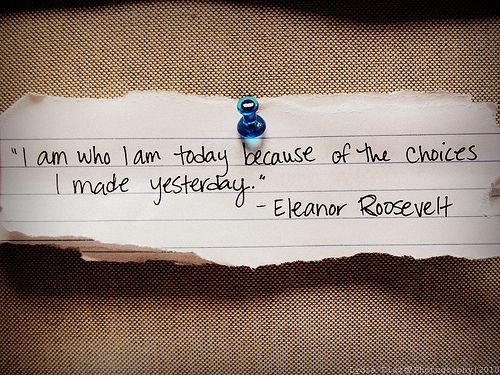 And he said a lot of things I didn’t really like to hear. Each sentence burns a hole in my already broken heart. I realise how easy it could be to pen thoughts freely, to lay the feelings in words as though it made perfect sense – if I know exactly what I feel. But I don’t.

Perhaps I’m in denial.  Perhaps I am still grasping to the tiny bit of hope.

Emotions take a while to set in. I’ve gone through anger, depression, grievance, and acceptance pretty quickly. I agree with what he said: Some things are not meant to happen. He and I are not meant to happen. Our timing is wrong. The stars never align for us. We are just like asymptotes, two lines that approach each other, but could never meet. All the signs points me further away from him.

A lot of minor details combined that led me thinking I can never seriously fall for you. Because you treat everyone the same.

This is the first time I am the recipient of rejection. I’ve been rejected in other things like job applications etc, but never in this department. In terms of romantic notion, I am the giver of rejections, never the recipient. But then again, I am never the one who dive straight into the unknown and even though I expected it, it still takes a blow. And I have never been rejected for being equal. Or maybe this is his nice way of telling me off.

He tells that not every guy likes it when a girl find and chat with them in a really friendly manner, and that makes him wonder that I treat the same like every other guy. The few guys I chatted frequently in a ‘friendly manner’ as he calls it, are mainly my high school friends like 53, 46, 72, 3rd , and others out of high school. Mutual friends wise, high school is 7 years ago and counting; these old friendships are rekindled in the sincerest way with no underlying intentions or intentional signaling.

Let me just tell you this: quite a number of guys think the same way about you like I do.

We have opinions. While he forms his opinions based on hearsay and doubts, I don’t form my opinions on him based on what I hear about him. But, for a brief moment, I hated him for doubting my friends (or our friends), even for a second. I hated myself for clarifying this doubt that he plant in my friend of more than ten years’ mind. Then I realise, he is just as entitled to his own opinions as much as I am entitled to mine. I make my choice, in the end, to tell him the whole story, or the most part of it. I’m keeping to my new year resolutions to live life without regrets. Perhaps I exaggerate a little with fancy words of diseases that I don’t have. Perhaps I do, perhaps I don’t; it is not important. I am still figuring out myself, and perhaps, it is his loss for not knowing me anyway.

At the end, I just got to accept how nature has run its course, chin up, and keep smiling.

“I may not have gone where I intended to go, but I think I have ended up where I needed to be.”
― Douglas Adams, The Long Dark Tea-Time of the Soul

Till we cross path again.

This site uses Akismet to reduce spam. Learn how your comment data is processed.

Welcome to my personal blog!

I hope you have as much joy reading as I do writing them.

From the heart,
Jill

Quote of the Day

“I don’t think I am as much gifted as I am brave – to break open ribs and write what is hiding inside – to breathe a heavier kind of air and draw it to the silence of light.” – April Green.

Letter to My Younger Self 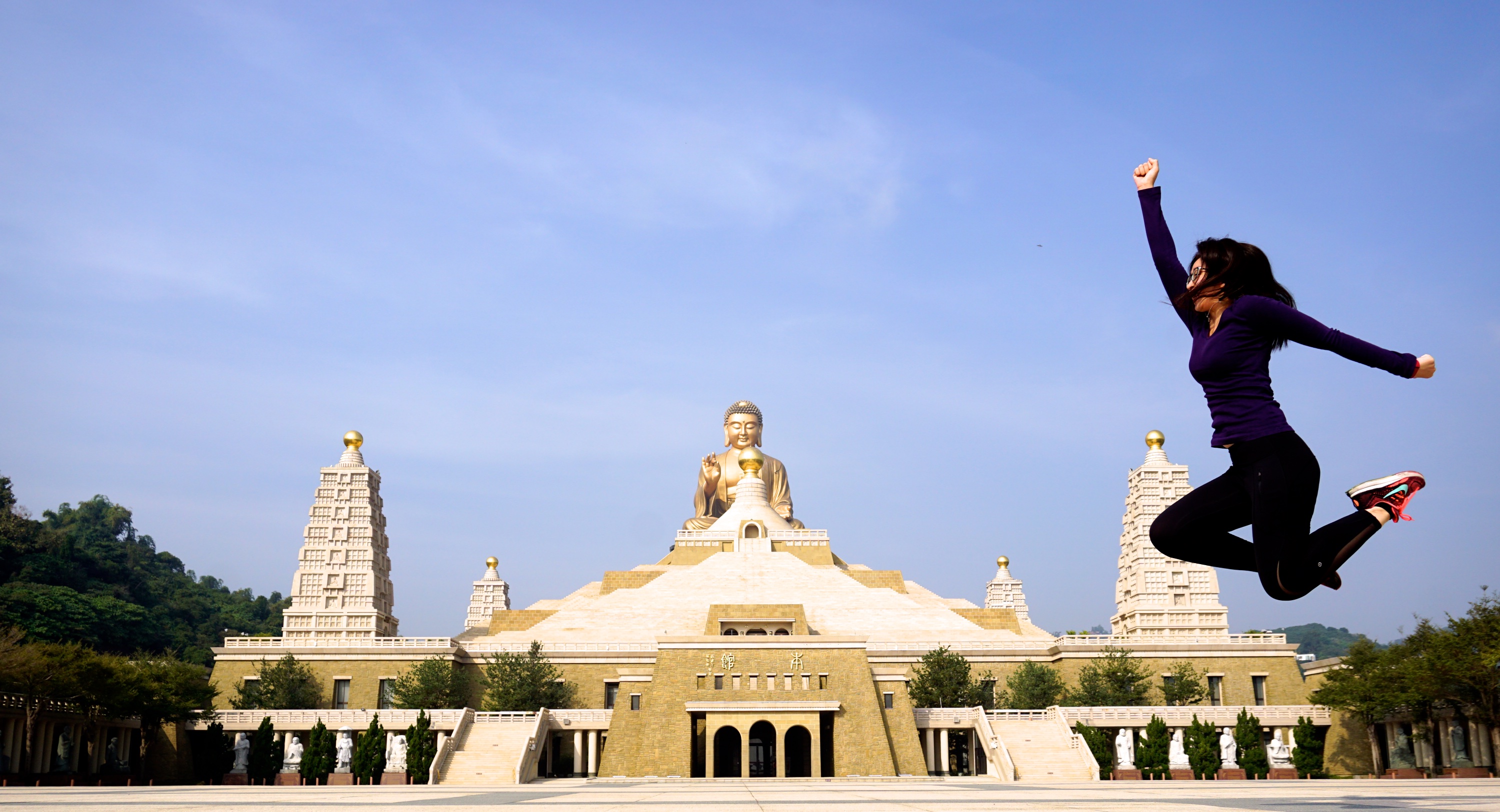 Any enquiries or feedback, please drop an e-mail to ripplesoftruth@gmail.com.